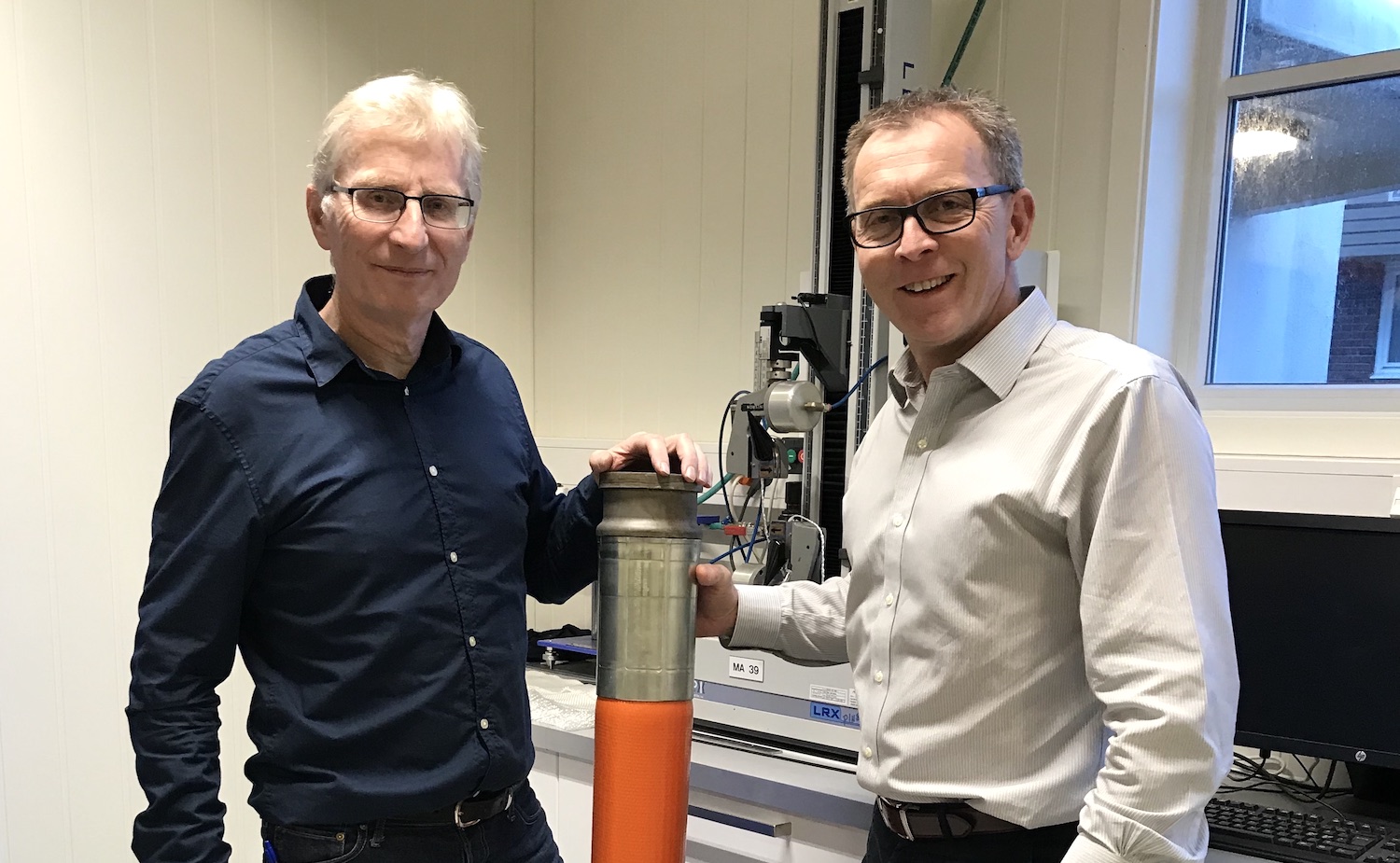 Fenner Mandals has developed a new super-hose for seabed mining. John Espeland (left) is Head of R&D and Knut Mjåland is Sales and Marketing Director at Fenner Mandals.

A super-strength flat seabed mining hose, used to transport valuable minerals from the seabed to the surface, is the new pride of Fenner Mandals.

“The ‘most robust flat hose ever made’ has been a work in progress for years. It is a result of decades of world-class performance and a team of innovators that will knock your socks off,” says Knut Mjåland, Sales and Marketing Director at Fenner Mandals.

The 243-year-old lay flat hose producer in the southernmost town of Norway, Mandal, has already found an international market for its new invention. A research team from India has travelled the world to find the right equipment for a seabed mining project, but it wasn’t till they stopped in Mandal, that they found the hoses capable of transporting minerals from 6,000 meters depth to the surface.

Seabed crawlers dig into and crush the seabed. Excavated minerals, mixed with sea water, makes for a slurry that is pumped up and transported to shore. This calls for a super-performance hose.

“Our R&D department took our previously most robust hose, designed for pumping concrete in the construction business, and engineered it to fit new specifications from the seabed mining industry. It is armed with Kevlar, which is typically recognized as a bulletproof material, able to absorb extreme impacts and handle very high pressure,” says Mjåland.

The new super-hose is certified to withstand pressures up to 172 bar. Produced and tested seabed mining hoses are now being shipped to a test project in India.

“The ability to roll the hose onto a reel for transportation and logistics, is a space saver, which is important. This is steel on a reel,” says Mjåland.

Seabed mining could open a whole new global market for Fenner Mandals. A number of nations, including Norway, is considering opening sectors for such activity. It is estimated that the seabed holds two thirds of the world’s minerals.