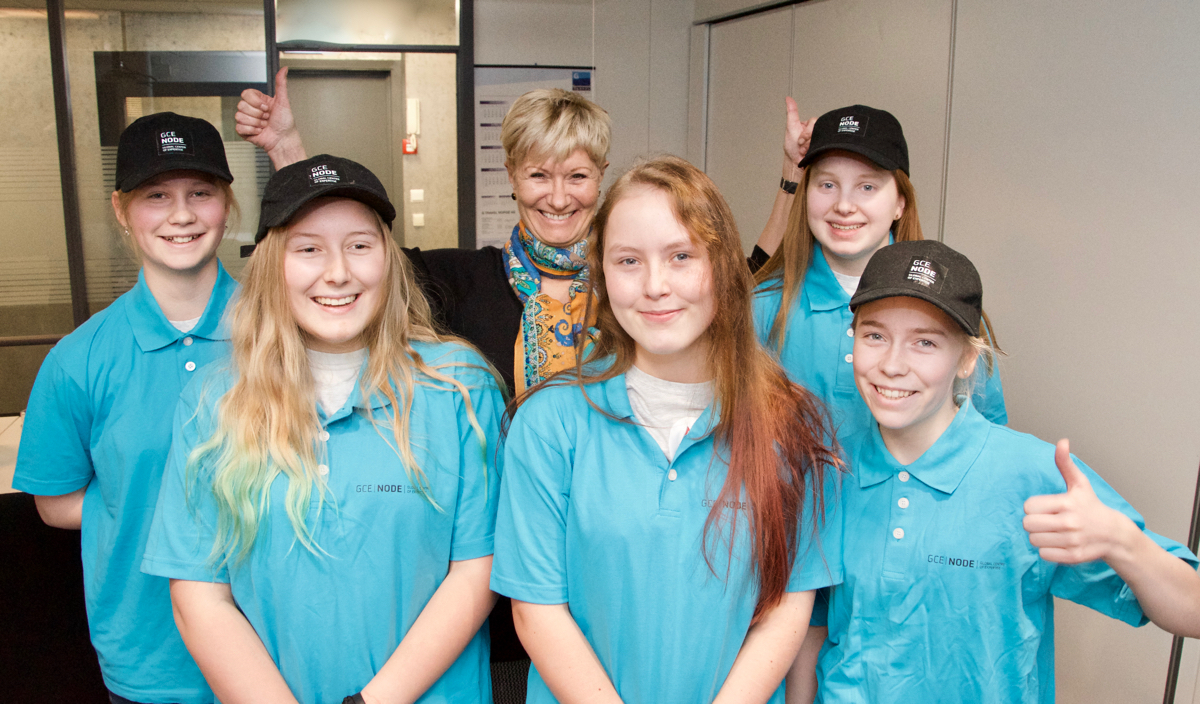 Five young tech girls from Kristiansand are headed for their second Scandinavian Final of First Lego League this weekend.

As back-to-back champions of the regional final, defeating 30 other teams, the all-girls-team Future Bellatorum (latin for Future Warriors) is travelling to Bodø to compete with approximately 50 other teams from Norway, Sweden, Denmark and The Faroe Islands.

“We learned a lot from last year’s final and are even better prepared this time around,” says Celina Hatlestad (14).

In preparation for the final, the team visited their main sponsor GCE NODE to receive input from CEO Anne-Grete Ellingsen on new technology and solutions for fish farming, which is the main focus for the team’s science project in the final.

First Lego League is a global competition for children aged 10 to 16. This year, more than 32,000 teams from 88 countries take part. The aim is to spur interest for science and technology and to stimulate today’s youth to become tomorrow’s engineers and scientists.

During the 2016 Animal Allies season, teams choose and solve a real-world problem related to animals. Teams work out solutions and then meet for tournaments to share knowledge, compare ideas, and display their robots. The robotics part of the competition revolves around designing and programming Lego robots to complete tasks.

“At GCE NODE we are glad to see and support young girls with a particular interest in technology. We wish them all the best in the final. I am sure they will do well”, says Anne-Grete Ellingsen, CEO of GCE NODE.