“The most unstable decade since WW2” 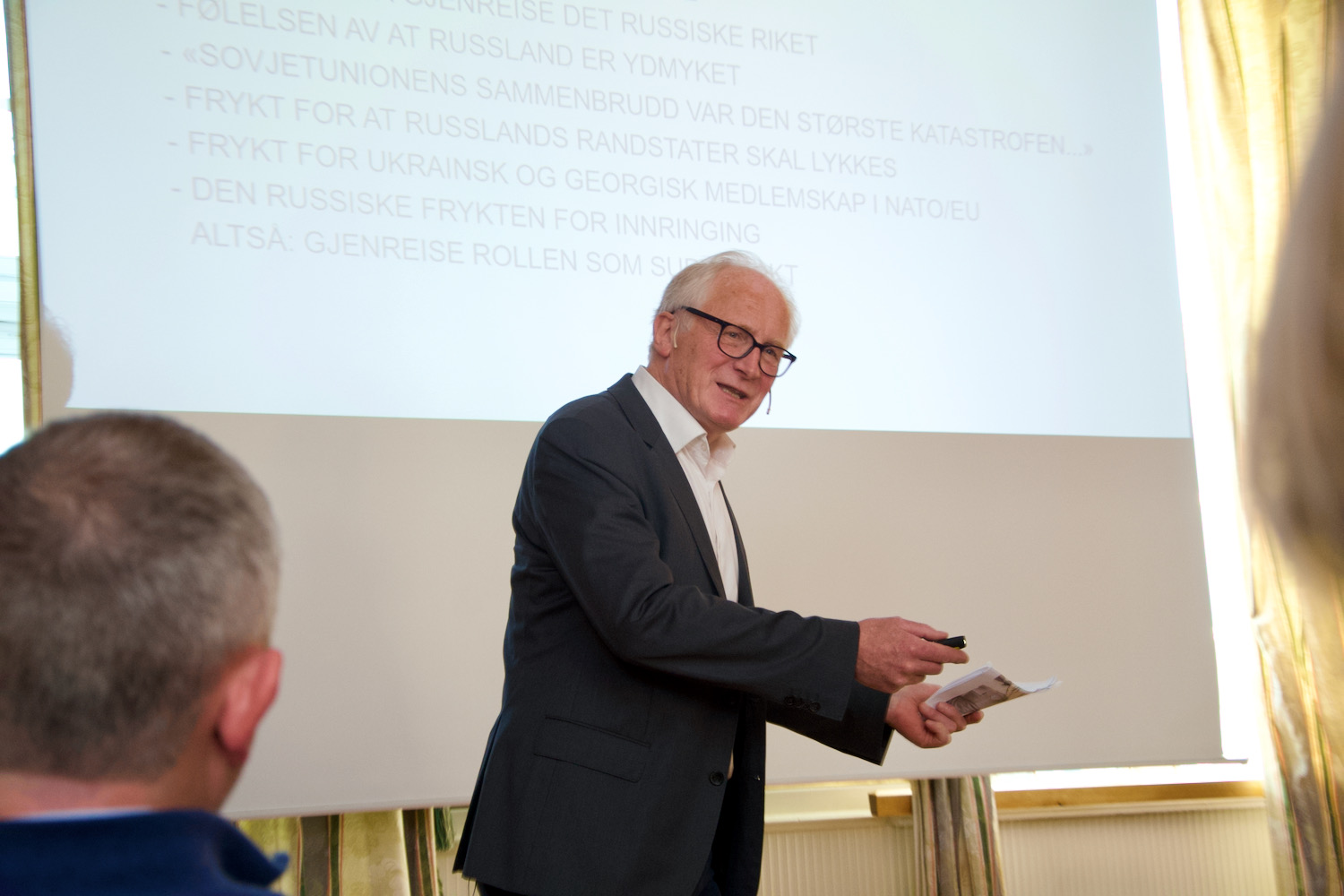 Kai Eide, a veteran diplomat and Norway’s former ambassador to NATO, painted a gloomy picture of the global state of affairs at the GCE NODE Top Leader Forum in Kristiansand Wednesday night.

“Europe is entering its most unstable decade since the end of World War 2,” says Kai Eide, a veteran diplomat and Norway’s former ambassador to NATO.

“Earlier, I believed we could find a peaceful solution, but not anymore. This conflict could go on for a very long time, perhaps even into the new year,” said Eide.

Predicting the outcome, Eide said the Ukrainians are likely to surrender at some point, leaving the Russians victorious, but also entering the role of European outcasts for decades, or at least till the end of the current regime.

“We are seeing enormous devastations, sanctions of historic dimensions, a refugee crisis, and a possibility for escalation. A side-effect is the highly likely inclusion of Sweden and Finland into NATO,” said Eide.

He went on to remind the room of the lurking superpower China, which is set to overtake the US as the largest economy by 2050, the possible return of a Republican administration in Washington in 2024, the energy crisis, more Covid-19 related issues – and, of course, the climate crisis.

“Events affect global supply chains. When Shanghai closes down it affects everything from toys to automobiles. It also changes our mindset. For deliveries we used to think “just in time”. Now more people think “just in case”, spurring a stronger trend towards regionalization and re-shoring of production and trade,” said Eide – and continued:

“New forces threaten our social order: Increasing differences, opposition to hyper-globalization, and lightning-fast digitalization. The refugee crisis in 2015 led to nationalism, not solidarity. This was reinforced during the Covid-19 pandemic – nationalism, not solidarity. The world continues to display less faith in science, fueled by alternative voices on social media. This is all disturbing,” said Eide.

“We are undergoing huge societal changes. 50 per cent of the kids starting school this year will end up in jobs that do not yet exist. We are left with a polarized and fragmented society with an impaired ability to steer. And this is in a time of conflict between superpowers and a war in Europe,” said Eide.

Offering a few pointers as to what could be done, Eide called for a ‘national team spirit’ to overcome domestic fragmentation in politics, innovation, and the business sector.

“We need a broad political understanding of all the crises facing us, and clarity towards the voters. We need to strengthen our defense and preparedness, prioritize development of more green energy, and be a predictable neighbor, allied and partner,” said Eide.

Approximately 70 people attended the GCE NODE Top Leader Forum in Kristiansand, the first such gathering not to be cancelled or greatly affected by restrictions in two and a half year.