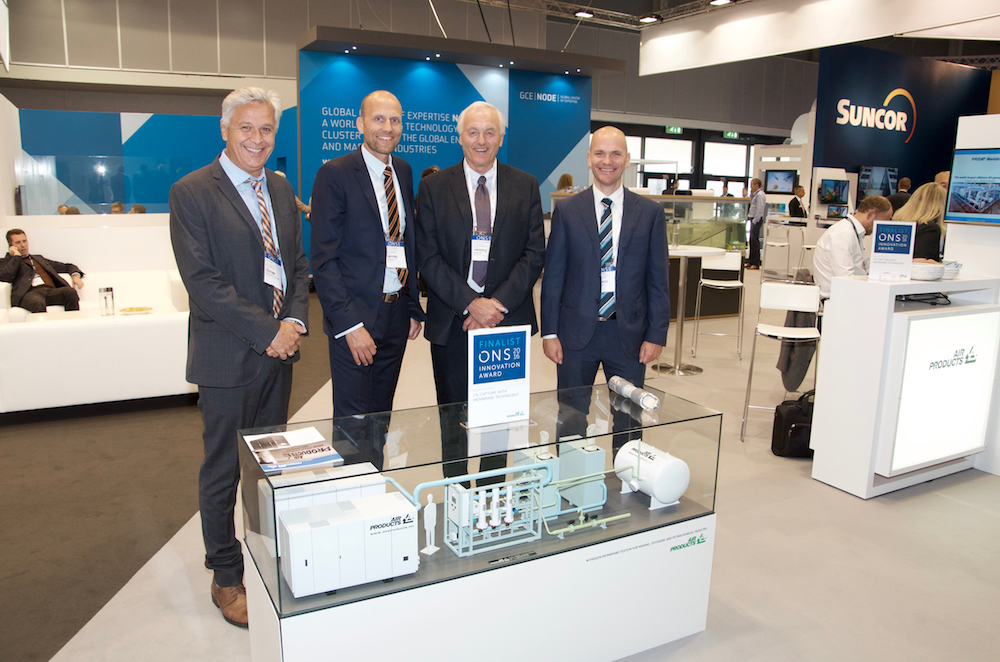 “We received several inquiries during ONS. We are currently following up on these inquiries and hope to convert them into business”, says CEO Tom Cantero at Air Products.

“Being part of a joint stand saves us both time and money. It provides us with easy access to a major global meeting place at an affordable cost. We have already signed up to be part of GCE NODE’s joint stand at OTC in Houston next year”, says Cantero.

Tom Løwehr, Head of Offshore at Telenor Maritime, says his company also benefitted from being part of the NODE stand.

”We met people and companies at ONS that we normally would not have met. We expect new business from these meetings”, says Løwehr.

Telenor Maritime was also part of the joint NODE stand at OTC in Houston in May.

“Based on our OTC experience, we quickly signed up for ONS. Expectations were high and they were met at ONS”, says Løwehr.

ONS is one of the world’s most important oil, gas and energy meeting places. Despite the downturn in the oil and gas industry, this year’s ONS was the second largest ONS ever, with approximately 1300 exhibitors and 65,000 visitors.