Worked her way up to CEO 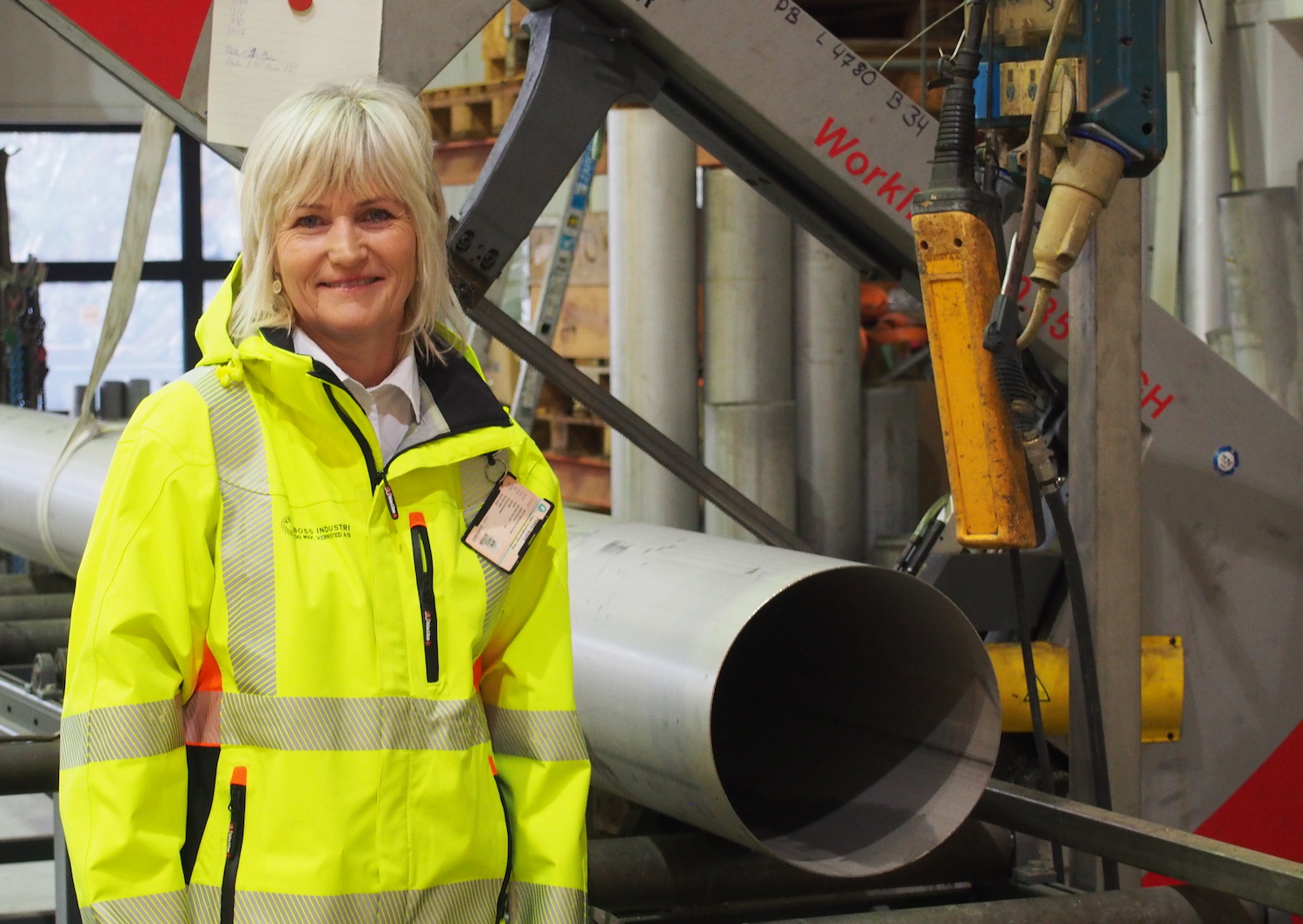 Elin Vatne is the CEO of Boss Industri og Mek. Verksted and a Board Member of GCE NODE.

No one knows the family run business Boss Industri og Mek. Verksted better than Elin Vatne. In her teens, she was hired as a cleaning assistant. Today, she is the CEO.

It was Elin’s father, Arne Vatne, who founded Boss Industri back in 1957 at Vågsbygd in Kristiansand. In the yard of his in-laws, more specifically in the old barn, Arne and his brother started production of wheelbarrows and shooting mats based on old car tires.

In the 1960s, Arne expanded the company, which now supplied tractor parts to Reinhardt Maskin, and later steel products for use in operation and maintenance in the industry. Local industry giants, such as Falconbridge Nikkelverk and Fiskå Verk, were among the clients.

“In the 70s, focus shifted to the oil and gas and offshore industry. This led to our largest contract ever, when Maritime Protection (today Air Products) asked us to produce inert gas plants for ships,” says Elin Vatne.

Soon, big names like Hydralift and Aker Solutions became clients of Boss Industri. There was a demand for cranes, winches and other equipment to the oil industry, and Boss Industri became a preferred supplier.

“At that time, I had joined the company at a lower level. My first job was to keep the canteen clean. I literally worked my way up the ranks, and was involved in accounting and finance. Later, I was promoted to an executive position and in 2012 I entered the role of CEO,” says Vatne.

Not long after she took over, oil prices tumbled. The entire industry, including Boss Industri, was hit hard. The number of employees was reduced from 50 to around 30, and the company had to rethink itself. Led by Vatne, the company did just that.

WON THE STEEL PRICE
In 2017, Boss Industri received the prestigious Steel Prize for pedestrian and bicycle bridges in Oslo. Also in 2017, Boss was asked to complete welding work at the new water treatment plant in Kristiansand.

“We are more optimistic and expect to see new orders from the oil industry in years to come,” says Vatne.

Boss Industri specializes in pipe installation and welding of various steel grades. The company also boasts its own machine shop, a hydraulic assembly department and a large surface treatment plant.

BOARD MEMBER OF GCE NODE
In recent years, Vatne has been on the board of GCE NODE.

“As head of one of the many SMEs in NODE, I wanted to contribute. The big companies are obviously well represented on the board, but it is important that the smaller companies are also heard. Being part of the board gives me a better feel and understanding for what is going on,” says Vatne.

Smilingly, she also points out that she contributes to diversity.

“Unfortunately, there are not many female top managers in NODE companies. We need more. Diversity is good for business, as shown in all recent research,” says Vatne.

“Yes, the network has played an important role in the development of the business community in Southern Norway. NODE contributed to the establishment of the Mechatronics Innovation Lab, for example. And there are many good research initiatives with international partners, who can help build the region – including strengthening our own University in Agder. Not all NODE activities feel relevant to Boss Industri, but for the cluster as a whole it’s good,” says Vatne.