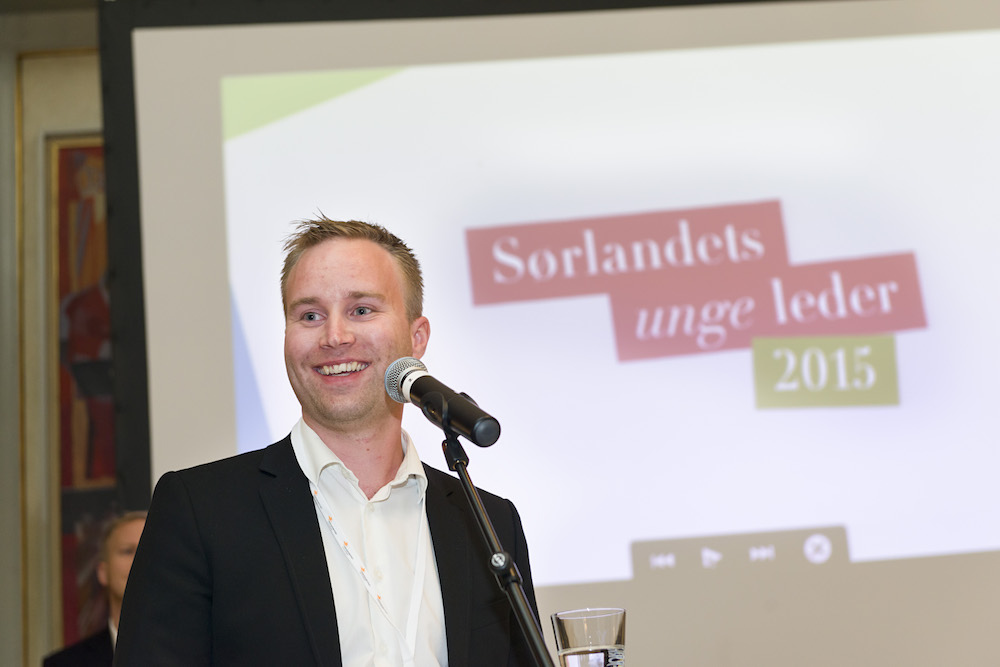 Christoffer Jørgenvåg is the CEO of Red Rock and the Young Leader of the Year in Agder. Photo: Kjell Inge Søreide

Founder and CEO of Red Rock, Christoffer Jørgenvåg, is named Young Leader of the Year in Agder.

Jørgenvåg received the honor at an event in Kristiansand last week. The 29-year-old has developed Red Rock from an idea to a 70 million kroner company.

“You need energy, a clear vision and a will to work extremely hard if you want to succeed as a young entrepreneur today. I work till late at night every day. In return, I get to do what I love to do. I get to work with things that are innovative, and to be involved in developing new technology and products, that no one has developed before. These are products that may change the industry. In that sense I feel very privileged”, says Jørgenvåg.

The young entrepreneur and engineer started Red Rock in 2009, while finishing his master’s degree in ICT / system engineering at the University of Agder in Grimstad. At that point, Red Rock was a pure ICT company with modest sales figures. Since, Red Rock has expanded its business to include mining equipment and ticketing solutions for public transport. A few years ago, the focus shifted to what is today’s main source of income; offshore and marine sectors, and especially offshore renewable energy.

His employees describe him as a tremendous driving force with an eye for new opportunities in different markets. For this he was awarded the coveted title Young Leader of the Year in Agder.

“This is a great recognition for the work that I and all my colleagues do. The award will no doubt motivate the organization to do even better. It also makes the company more visible, which will make it easier to recruit talented people. I am very thankful for the award”, says Jørgenvåg.