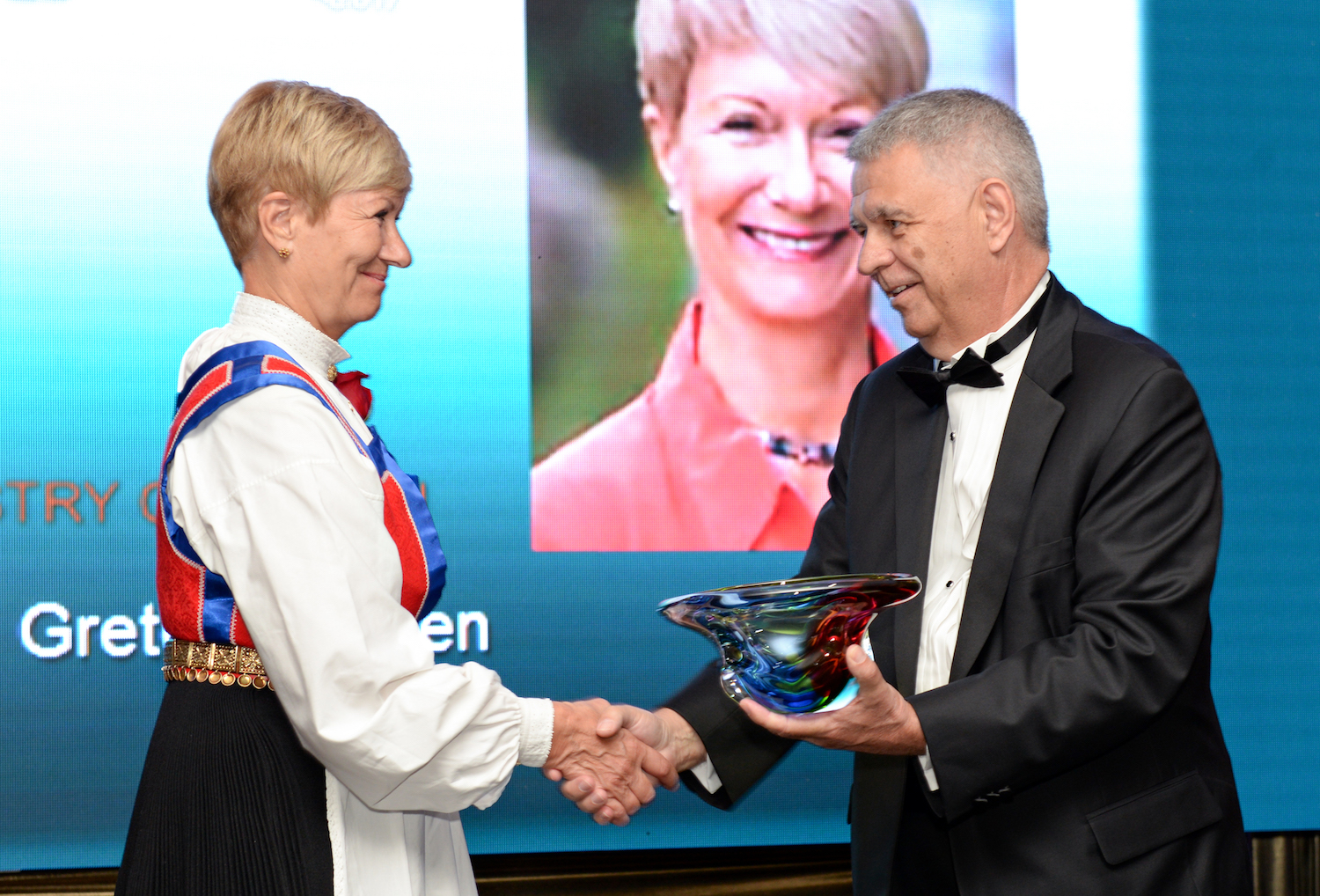 At the induction ceremony in Texas, Anne-Grete Ellingsen was recognized for her role in shaping the oil and gas industry for the better. Photo: Kaylynn Photography

”I am honored to receive this recognition,” says Anne-Grete Ellingsen, who was recently inducted into the Offshore Energy Center’s Hall of Fame.

Ellingsen is one of two individuals who were presented the Industry Champion Award for 2017. She was the first Norwegian to be given this honor.

Recognized as the North Sea’s first female offshore Platform Manager, Ellingsen has also served as Deputy Minister in the Petroleum and Energy Ministry of Norway and as CEO of GCE NODE since 2013.

Ellingsen has previously been portrayed in Breaking the Gas Ceiling, a book celebrating 25 women in prominent positions in the global oil and gas industry.

Established in 1998, the Hall of Fame includes Industry Pioneers, Industry Champions and technological accomplishments from all over the world that has shaped and continues to shape the offshore oil and gas industry.

According to the Offshore Energy Center, an Industry Champion is “an individual whose fortitude and dedication created positive change in the workplace or culture of the offshore industry. Distinct from business or technological pioneers, Honorees are advocates or visionaries who clear the way for the triumph of new ideas and approaches. Not merely industry promoters, these individuals have championed a cause, policy, program or project that helped shape the industry for the better.”