A major energy source for decades to come 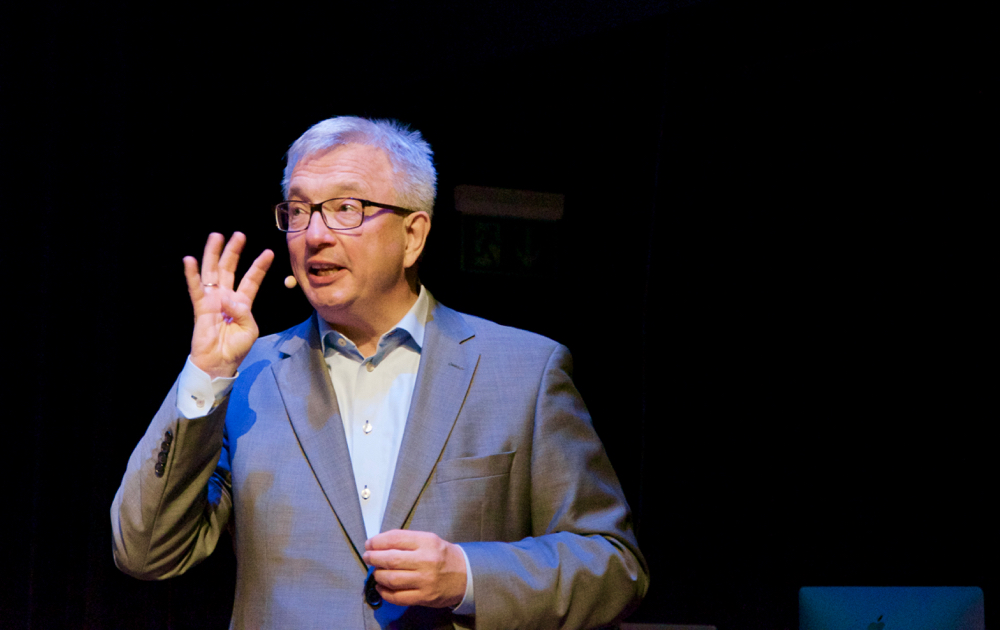 The future is renewable, but oil and gas will remain a major source of energy for several decades.

That was the main message at a town hall meeting organized by the Norwegian Oil and Gas Association in Kristiansand recently. The meeting was one of 18 throughout Norway to celebrate the first 50 years of Norwegian oil exploration and production.

“As of today, less than 3 percent of the world’s total energy production comes from renewable sources, such as hydro, solar and wind. We are all looking forward to the day when renewables dominate global energy supply. Unfortunately, that day is still many years away”, said Karl Eirik Schjøtt-Pedersen, CEO at the Norwegian Oil and Gas Association.

In 2050, the Earth’s population will have increased by an estimated 2.5 billion.

“In order to supply a global population with enough energy to live a good life, we depend on a strong supply of oil and gas. The International Energy Agency projects that oil and gas will produce one third of the world’s energy demand in 2050. Oil and gas is by no means an industry that is going out of business anytime soon”, said Schjøtt-Pedersen.

He was joined by Ingunn Foss (Vest-Agder) and Torstein Tvedt Solberg (Rogaland), both members of parliament, and Trond Madsen (NHO Agder) in a debate led by John G. Bernander.