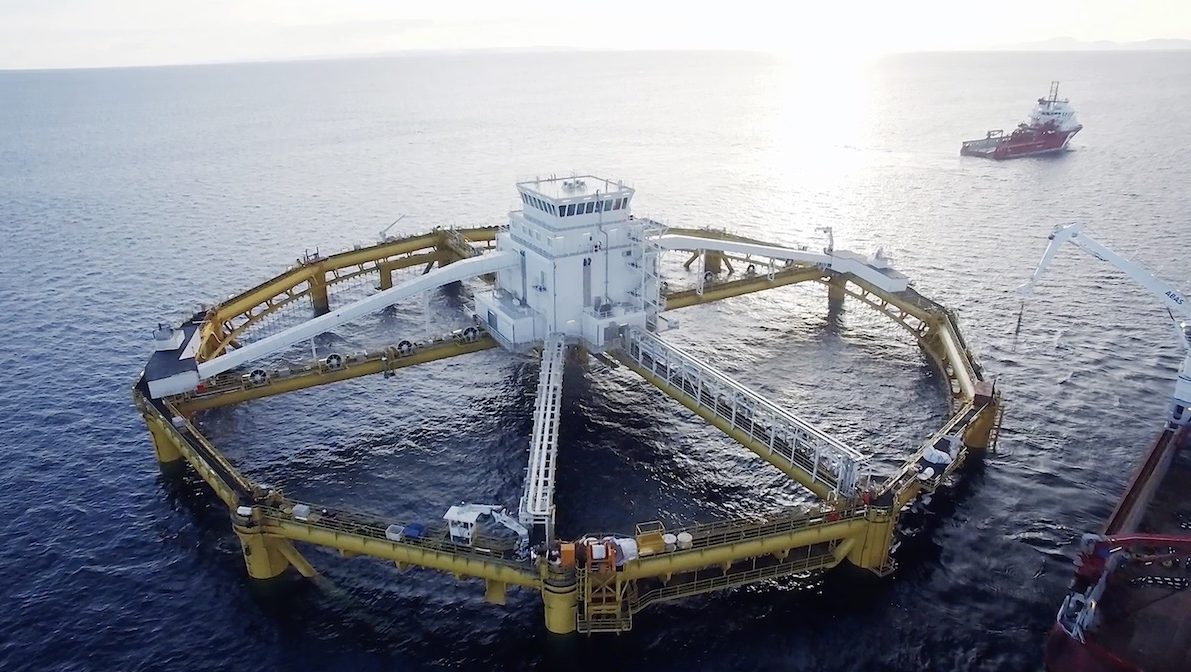 CSUB and Scanmatic have transferred technology from oil and gas to aquaculture. MacGregor supplies fishing vessels with specialized cranes.

“Aquaculture has great potential and could represent 50 per cent of future revenue. It is already one third of what we do, and it is a growing segment,” says Jon Inge Brattekås, SVP Market and Technology at CSUB.

CSUB, through its wholly owned subsidiary HighComp, have for several years delivered onshore tanks for production of salmon. In April the company landed its first contract for a closed floating salmon facility – a 40 meter in diameter large tank that holds 20,000 cubic meters.

As an established supplier of composite materials for subsea installations for major oil companies, CSUB was well aware of the risk involved in singling out oil and gas as the only market.

“A few years ago, we identified renewable energy and aquaculture as two new focus areas. We expect aquaculture to grow significantly faster than other traditional offshore markets”, says Brattekås.

Scanmatic delivers systems which monitor the integrity of mooring lines for floating offshore installations. Originally developed for offloading buoys and floating production and offloading units (FPSOs) in the oil&gas market, the solutions are also highly relevant in the floating wind and aquaculture markets. The Havfarm owned by Nordlaks will be equipped with a novel Scanmatic solution utilizing small, wireless “Internet of things under water”-sensors with a battery life of more than ten years. This system will both provide the highly accurate data needed during the mooring line hook-up installation, and provide situational awareness and an early warning in case of mooring line failure during normal operation.

“Aquaculture is an interesting market for mooring line monitoring systems and our other data acquisition and automation solutions, but it is hard to determine its true potential. We are still in a phase where we test new technology,” says Kim Steinsland, CEO of Scanmatic.

“The commercial potential lies in standard aquaculture infrastructure. For us to gain access, we need to prove that we can prevent disadvantageous situations by detecting something that otherwise would have been detected too late,” says Steinsland.

MacGregor has acquired both Triplex and Rapp and, as a result, built a strong position within fishing boat equipment. Products include cranes and winches for boats that are more than 60 meters long. And the world’s first electric fish pump, which will replace a number of old hydraulic pumps, which easily could cause spills of oil into the ocean.

“We are keen on pursuing more business opportunities in this sector,” says Høye Høyesen, CEO of MacGregor Norway.

Part of a seabed mining pilot

Transfer of technology and competence