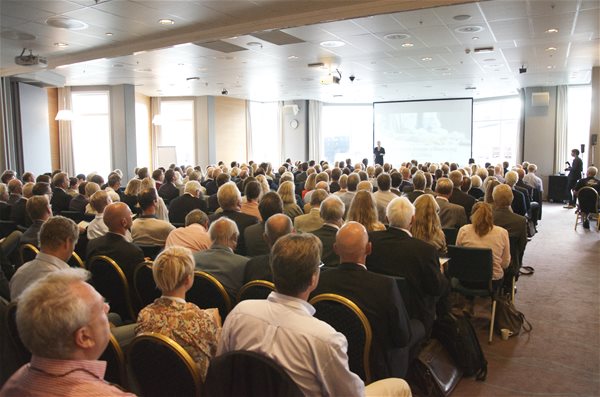 Implementation of new technology and cost cutting efforts will be in focus at Global Outlook Norway and the NODE Conference in Arendal in August 2015.

More than 350 people attended Global Outlook Norway last August. The first edition of the conference was initiated by the three Norwegian business clusters GCE NODE, Arena Eyde and Maritimt Forum, and was funded by the Norwegian Ministry of Foreign Affairs. Inspired by the huge turnout, organizers were determined to repeat next year.

– Our goal is to establish Global Outlook Norway as an important arena for discussing key global challenges and how they influence business. We are looking for top international speakers to come to Arendal on August 17th, says Anne-Grete Ellingsen, CEO of GCE NODE.

The day after, August 18th, GCE NODE and Norwegian Oil & Gas will host the NODE Conference.

– NODE Conference will be build as one of the most important Norwegian conferences for the industry, says Ellingsen.

Both conferences are held in conjunction with Arendalsuka, a well-known, week-long political and societal debate oriented event.