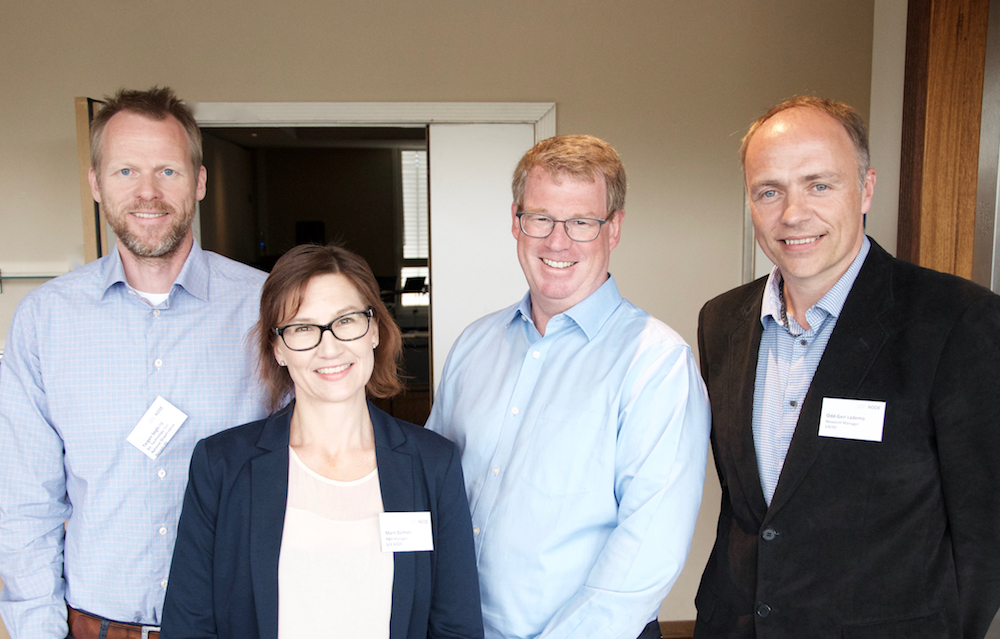 “Technological barriers in geothermal energy match well with core competencies in the oil and gas industry. This gives us a competitive edge in the geothermal market”, says Statoil’s Carsten F. Sørlie.

“Just by utilizing technology and competence from oil and gas, we could easily harvest a 10-20 per cent cost advantage when entering the geothermal industry”, says Sørlie, Project Leader in Statoil’s Technology Development on Geothermal Energy.

At a GCE NODE workshop Tuesday, Sørlie showed how a partnership with a geothermal company has dramatically reduced the drilling time in a project in Iceland.

“We are certainly learning a lot from our partner about geothermal resources, but we are also contributing a lot with our oil and gas know-how. Since our entry into the project, the drilling time is reduced by 35 percent, and we will see further reductions based on our expertise on drilling”, says Sørlie.

The geothermal energy market has – so far – been dominated by smaller companies with limited financial resources and often with a capacity to work on only one project.

“With a high risk of failure, many companies have failed and consequently gone out of business. Geothermal is a market for larger companies, with balanced portfolios, which is a well-known business model within the oil and gas industry”, says Sørlie.

Torgeir Segberg, Head of Technological Development at National Oilwell Varco spoke about geothermal hard rock and high temperature drilling and pointed at the possibilities and challenges in this market.

Other speakers at the workshop represented companies such as Rock Energy, Enel Green Power and Sintef Materials and Chemistry. A main message is that the geothermal market does not only present opportunities for larger corporations, but also for SME’s to deliver into smaller projects and to support larger companies.