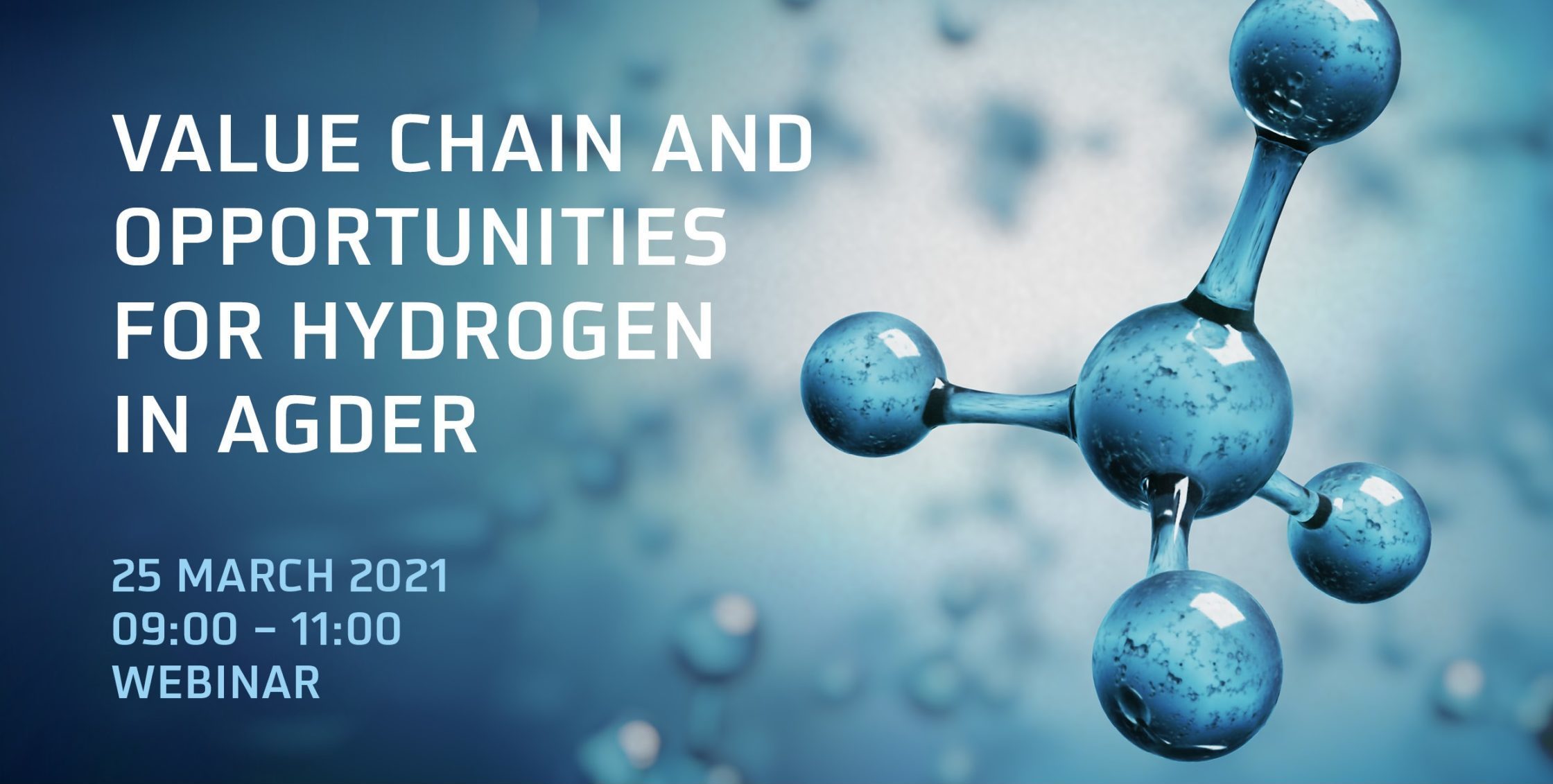 Several Agder companies are already part of the hydrogen value chain. Meet some of them and learn more about hydrogen opportunities in a webinar on March 25.

More topical than ever before, Hydrogen is seen as an important part of the solution to future energy challenges and the transition to the European ambition for a 2050 zero emission society.

He points out that Norway was a hydrogen pioneer 100 years ago. But for the last 20 years Norway has focused more on oil and gas, and very little on hydrogen.

“Now is the time to get involved. The hydrogen market is rapidly expanding in Europe. To be a part of it, we need to pick up the pace,” says Haugen.

GCE NODE has, in cooperation with NORCE, prepared the report «Value Chain and Opportunities for Hydrogen in Agder». The report lists hydrogen technology, ongoing projects, planned initiatives and opportunities for the Agder region.

“Based on competence from production of hydropower, the process industry, the offshore industry, and the supplier industry, Agder is well positioned to join the hydrogen race. In addition, our region accounts for a significant part of the Norwegian power surplus, which is perfect for production of hydrogen,” says Haugen, author of the report.

Several companies in Agder already provide technology, products and services to the hydrogen industry, while others are preparing market entry. Glencore Nikkelverket is a long-standing producer of hydrogen for internal use, but is now exploring the opportunity to increase production for commercial sale. Other hydrogen projects include a cooperation in Kristiansand between the City of Kristiansand and Agder County, and another cooperation in Lillesand between Greenstat Energy, Ugland and the University of Agder.

“The Lillesand project involves an energy hub that will supply heavy transport with renewable energy based on the production of green hydrogen from wind, solar and water,” says Haugen.

At the hydrogen seminar on March 25 Haugen will give a presentation of the report he has written. The seminar also includes regional and national perspectives from several companies currently involved in the rapidly developing hydrogen industry.