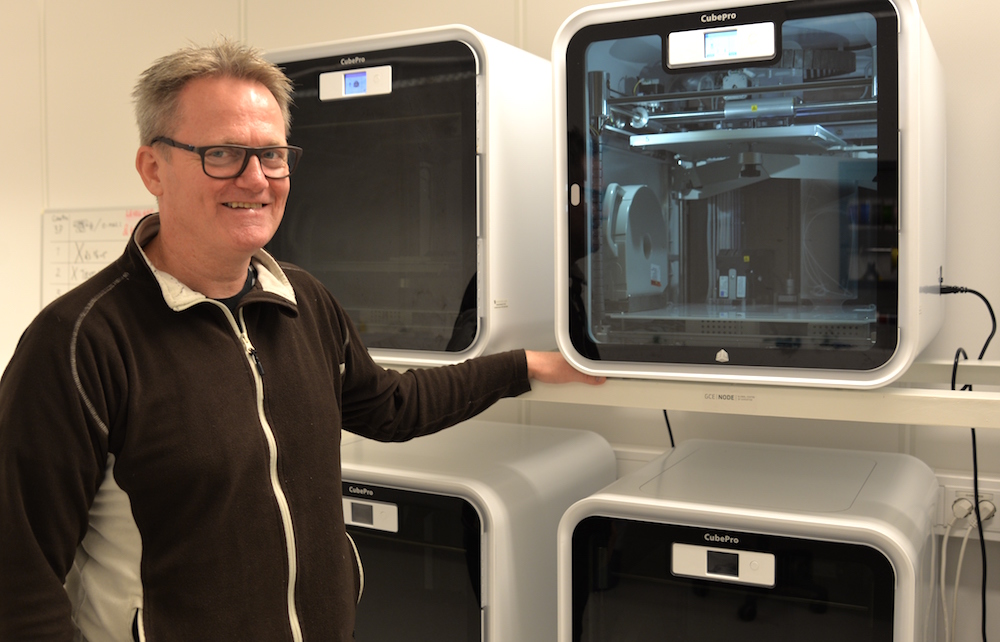 Students at the University of Agder have gained access to six new 3D printers, four of them provided by GCE NODE.

Any shape smaller than a basketball can be printed – in plastic.

Whereas a conventional printer holds paper and ink, these 3D printers are each loaded with a container of plastic.

“A 3D printer is like a very sophisticated glue gun, which builds layer upon layer using – in this case – plastic”, explains lab engineer Harald Sauvik at the University of Agder in Grimstad.

The university was already in possession of two more expensive and more advanced 3D printers. But, as the printing of an object usually takes several hours, the demand for printers were increasing.

“Six new printers have made 3D printing much more accessible for our students. Objects that previously had to be turned, milled and burned in various machines are now 3D printed without any teacher assistance”, explains Sauvik.

Four of the six printers are a gift from GCE NODE, the remaining two were purchased by the university.