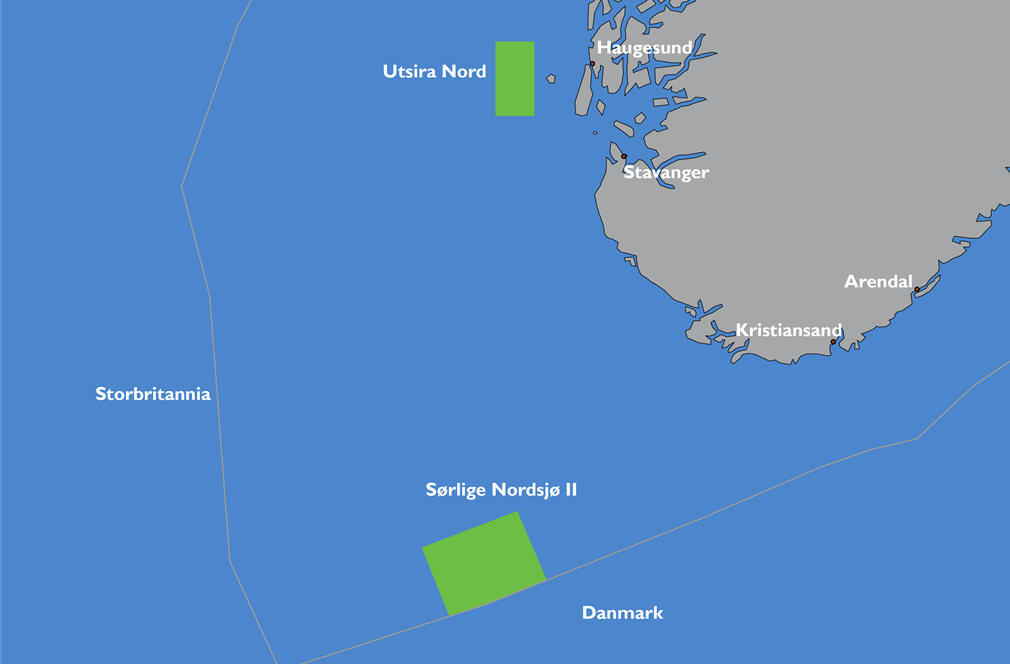 Minister of Petroleum and Energy Tina Bru announced the news on a boat trip to Utsira and the offshore wind mill Hywind Demo outside the coast of Haugesund in Rogaland county today.

“Offshore wind power offers great opportunites for Norwegian businesses. In the immediate future the market will be in other countries, but if the costs for offshore wind power continues to fall it could also become competitive in Norway. It is now time to prepare for the future development by allocating space for offshore renewables,” says Bru.

According to the Ocean Energy Act, areas must be opened by the government before license applications can be submitted.

“The world will need more renewable energy in the future. The world-leading offshore industry in Norway can be at the forefront of developing the technology that makes it possible to reach Norwegian as well as global climate targets. By investing in offshore wind, we can both create new jobs for the future and reduce emissions,” says Minister for the Climate and Environment, Sveinung Rotevatn.

A proposal to open areas and a draft regulation was on public consultation in 2019.

“The ministry received many good suggestions and viewpoints in the consultation, and I have put emphasis on finding the right balance between accomodating this exciting new industry, and at the same time ensure proper consideration of other interests in the upcoming licensing processes,” Bru says.

Utsira Nord is located to the west of Haugesund, and is suited for floating wind power, which is the most interesting technology from a Norwegian perspective. The area is also large, 1010 square kilometres, close to shore and provides oppurtunities for demonstration projects and larger projects. Utsira Nord’s size provides room for adapting to other interests in the licensing process. The ministry proposes to open this area to facilitate the development of such technology.

Sørlige Nordsjø II borders the Danish sector in the North Sea, and is relevant for direct export of electricity. The area is 2591 square kilometres, has depths which makes it possible to develop bottom-fixed wind power here, but floating solutions could also be relevant.

The areas will open on 1 January 2021, and limits have been set on the amount of wind power that can be developed in the areas.

“Combined, the two areas allow for the development of 4 500 MW of wind power, which provides ample opportunity for development. At the same time, we are putting in place to ensure room for other activities and the environment,” says Bru.